The Center for Early Success (CES) now serves 16 localities in central and southern Virginia, having successfully competed for a state level Ready Regions grant that provides annual funding in excess of $1 million to strengthen early childhood education. The award elevates CES to a regional leadership role in which it will be responsible for coordinating the implementation of new quality standards and the collection of data across all publicly funded early education providers, including Head Start, public schools, private centers, and family day homes.

In January 2022, the Virginia Early Childhood Foundation (VECF) launched the Ready Regions network to reimagine Virginia’s child care system in the wake of the COVID crisis. The Ready Regions model divides the state into nine regions to bring unprecedented levels of coordination and accountability to early education programs in every community across the Commonwealth.

“Ready Regions will help communities be accountable for their programs and systems to prepare children for success, as well as enabling families to choose the early childhood education options they want and need,” said Kathy Glazer, President of the Virginia Early Childhood Foundation. “We appreciate the support of the legislature and the Governor to establish this public-private regional network that will strengthen Virginia’s early childhood education system, ensuring quality, affordable access for all families.”

As the lead organization for Ready Region Southside, the Center for Early Success will partner with parents, school divisions, social and human services agencies, quality improvement networks, early childhood education programs, businesses, and other stakeholders to coordinate and integrate critical services and resources for families with young children.

“We’re thrilled to unveil our new name and logo to the community. As Smart Beginnings Danville Pittsylvania, we have spent ten years building a foundation of trust, innovation and thought leadership around school readiness. As the Center for Early Success, we will have a broader reach, more financial resources, and a regional leadership role. We are honored and excited for this opportunity to play a pivotal part in Virginia’s effort to transform early childhood education,” commented Angela Wells, Executive Director of the Center for Early Success.

Dr. Julie Brown, board chair for the Center for Early Success, added “We are grateful for the support of the Virginia Early Childhood Foundation and the Virginia Department of Education and excited about the promise of the Ready Regions network.” 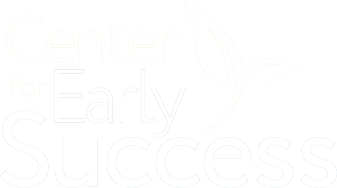